Schedule an
appointment Today! REQUEST APPOINTMENT
BACK TO PREVIOUS PAGE 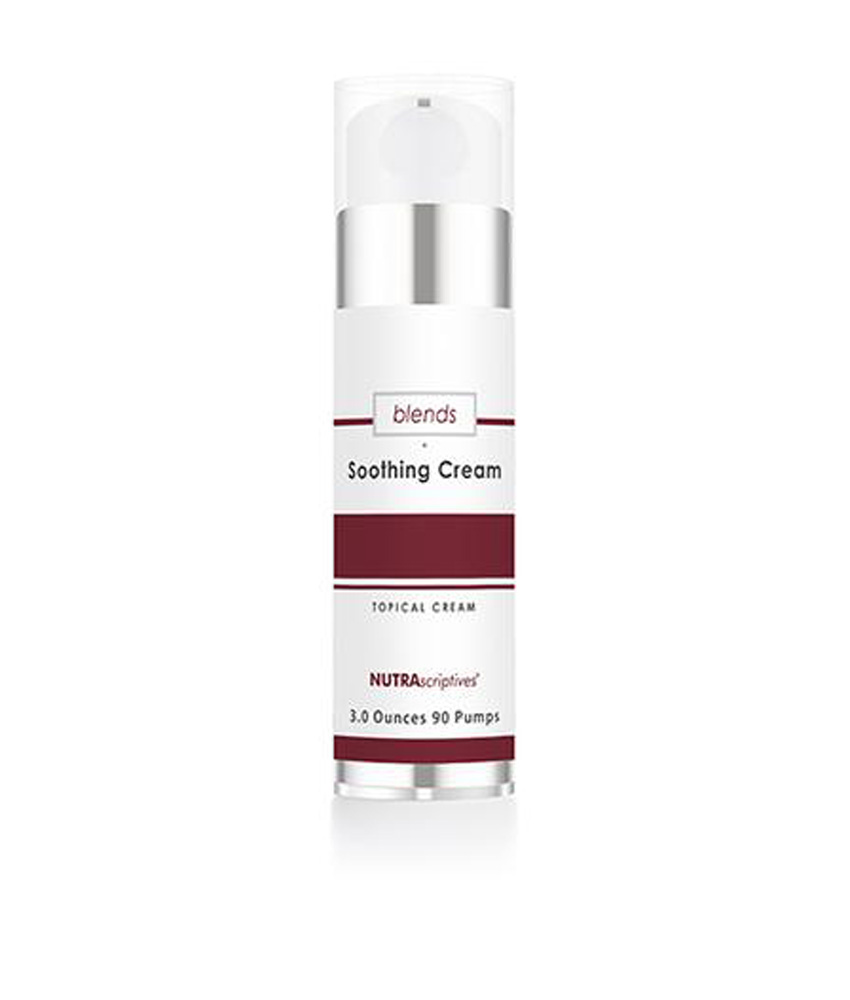 $45.95
From a whole-body standpoint, inhibitory neurotransmission by GABA has positive effects on neuromuscular relaxation. Therefore GABA supplementation may help people who do not produce enough GABA naturally.*

5-HTP (Hydroxytryptophan) is a naturally occurring amino acid and chemical precursor in the biosynthesis of neurotransmitters serotonin and melatonin. Several studies have shown that 5-HTP supports a healthy mind, ease of movement and restful sleep.*

Another important ingredient in our Soothing Cream is L-Theanine. L-Theanine is an uncommon amino acid, primarily found in the green tea plant (Camellia sinensis), in addition to two other Camellia species. As L-theanine is concentrated in the leaves, it is present in preparations of green tea consumed as a beverage around the world. Therapeutically, L-theanine has been used as a natural relaxant, but it also has potential in easing nervousness and mood support.*

Magnesium in general is essential for the survival of our c